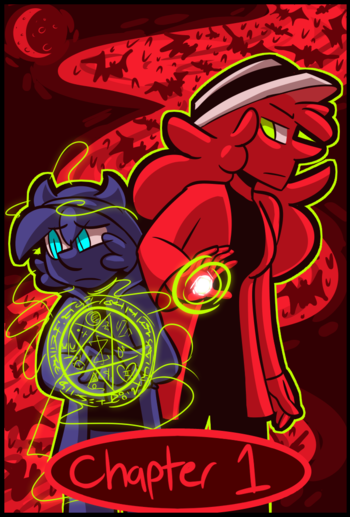 Set in a world where magic is a commonality and a number of magical creatures can be found, Celina uses her abilities as a witch to help eliminate various infestations or monsters terrorizing the towns she travels through. For an assistant of sorts, she created an imp. Imps are looked down upon by witches and non-magic humans for their association with demons and because they are not believed to have souls. They are considered so below everyone, that it is common practice not to even give them names. Celina's imp must deal with the hardships of an unfair world as he and Celina travel the land in search of work.