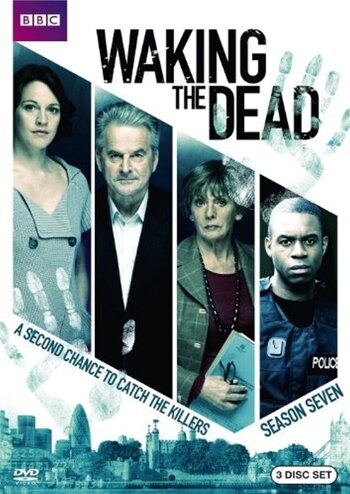 It follows the activities of the Metropolitan Police's fictional Cold Case Squad, led by Detective Superintendent Peter Boyd (Trevor Eve), a man who likes to YELL AT PEOPLE.

In each episode an old crime is discovered or rediscovered, sometimes because someone has been killed in the present day (if not, someone usually will be). The Cold Case Squad use modern forensic techniques to solve the unsolved cases. Well, that and Peter Boyd shouting at the suspects.

The show contains dark subject matter and graphic scenes, which is why it is shown after the Watershed. "Contains scenes that some viewers may find disturbing" is there for a reason- this show is full of potential Nightmare Fuel.

Each story is 2 hours long (no ads), shown in two parts on consecutive days.