Manga / My Lesbian Experience with Loneliness 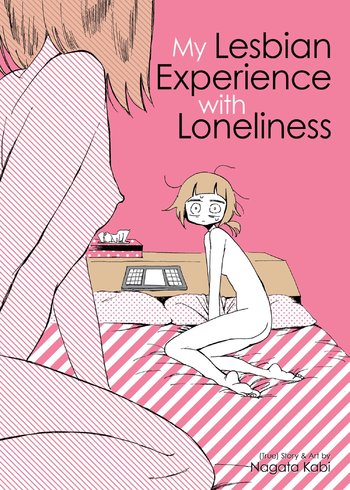 "A cornered rat will bite a cat, and a thirty-ish virgin backed into a corner will go to a brothel and write a report on it."
— Nagata Kabi
Advertisement:

Based off of the real experiences of mangaka Nagata Kabi, My Lesbian Experience with Loneliness provides candid insights of one woman's struggle with mental health, identity, and sexuality. Praised for recentering the Yuri Genre, this manga was originally published on Pixiv and has since gotten an official English release.