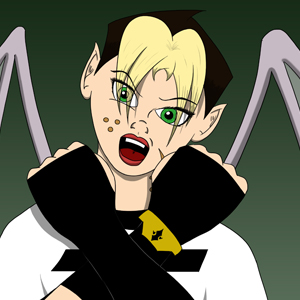 Just an ordinary girl.
"Why? What does it do!? Will it turn me invisible!? Turn my thoughts into green reality?... Remind me to always drink my Ovaltine? Running out of things for a ring to do here, boss."
Advertisement:

is an Urban Fantasy Webcomic currently hosted on ComicFury. It chronicles the story of a young Asraan named Mayy who, along with her multispecies friends, seeks to know the truth about the ring she wears around her neck and why she was left to be raised in the human world. On Hiatus since 2015.