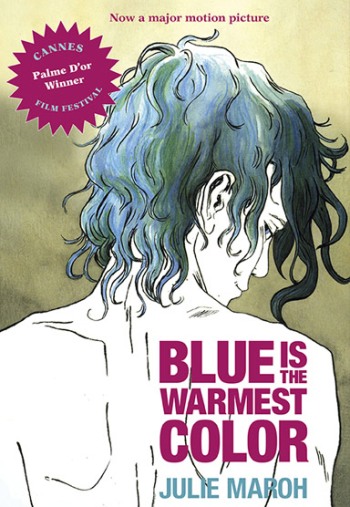 Clémentine, a high school student, struggles to define her sexual identity, between taking a false boyfriend, kissing back a friend on her lips (said friend having kissed her by jest) and having homoerotic dreams fueled by a blue-haired girl she met in the street on the arms of another woman.

The day after she dumps her beard, her friend Valentin comes out of the closet and brings her to a gay bar, where she meets the blue-haired girl (an art student named Emma) and her girlfriend, Sabine. Thus begins a love triangle between the three girls, with Emma eventually dumping Sabine for Clémentine.

This novel was adapted into a film of the same name for the English release, or La Vie d'Adèle – Chapitres 1 & 2 in France by Abdellatif Kechiche in 2013, starring Adèle Exarchopoulos and Léa Seydoux.

Her father: If you leave with her, then you are no longer my daughter.