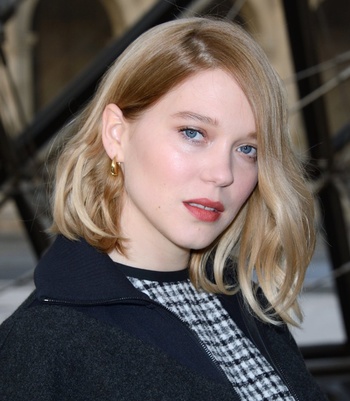 She's the granddaughter of Jérôme Seydoux, the owner of production and movie theater equipment company Pathé, and the niece of film producer Michel Seydoux.

She first came to attention after she was nominated for the César Award for Most Promising Actress for her performance in The Beautiful Person (2008) and later for a second time for her role in Belle Épine (2010), and the César Award for Best Actress for Farewell, My Queen (2012). In 2013, she came to international attention when she was awarded the Palme d'Or at the Cannes Film Festival for her role in the critically acclaimed lesbian romance film Blue Is the Warmest Color.

She later played the Second Love of Daniel Craig's James Bond, Madeleine Swann, in Spectre and No Time to Die. On a trivia note, so far she's the only actor who can claim to have been in both the James Bond and Mission: Impossible (Ghost Protocol for the latter) film series.

She is in a relationship with French model André Meyer and gave birth to their son on January 18th, 2017.