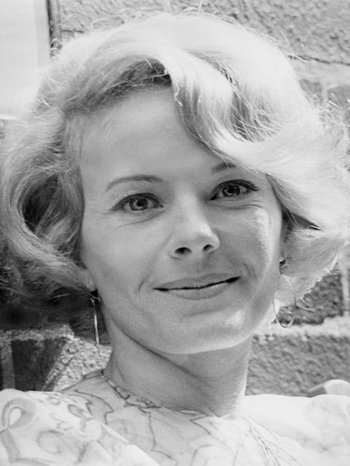 She was born in Beirut, child of a historian/archaeologist who supported de Gaulle and the Free French. She spent much of her youth living in New York and thus spoke fluent English. The family moved back to Beirut after the war and Seyrig didn't live in France until she was an adult and studying acting. She got work in French television in the 1950s before making her film debut in an American short film Pull My Daisy.

She appeared in both European and American films due to her fluency in multiple languages. She became a well-known French feminist. She directed three films, including Sois belle et tais-toi ("Be Pretty and Shut Up"), a documentary about sexism in the movie industry. She died of lung cancer in 1990.