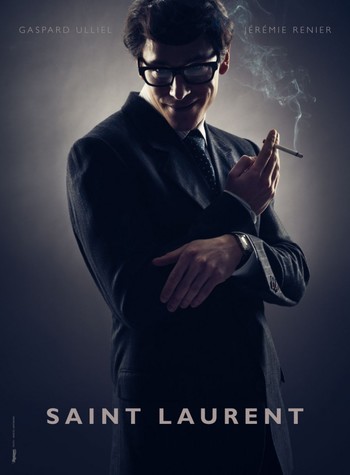 Saint Laurent is a 2014 French biopic film about fashion designer Yves Saint Laurent (played by Gaspard Ulliel), primarily focusing on the period after his most famous creations and his life declined into drugs, partying and mental illness.

Directed and written by Bernardo Bonello, the film came out shortly after the authorized Yves Saint Laurent and has an artsier, more surreal style. It also puts the focus on Yves's torrid affair with Jacques de Bascher (Louis Garrel) rather than his longtime lover Pierre Bergé (Jérémie Renier).