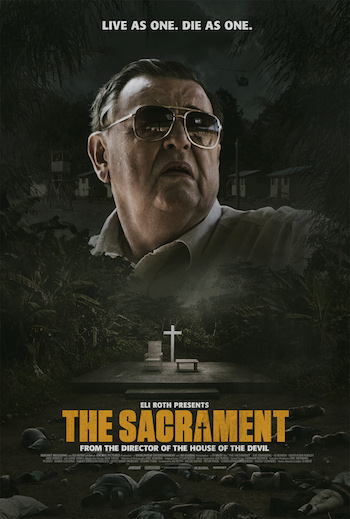 The Sacrament is a Found Footage horror film directed by Ti West (The House of the Devil, The Innkeepers).

Two journalists document their friend's search for their missing sister. They travel to "Eden Parish", a small religious community lead by a mysterious man known as "Father". It soon becomes clear that this idyllic utopia is not what it seems.