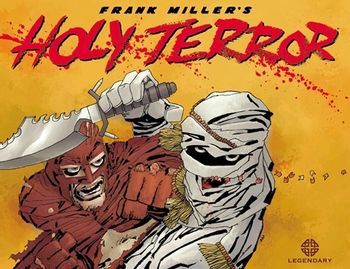 Holy Terror is a graphic novel written and drawn by Frank Miller. Released in 2011, the 10th anniversary of 9-11, the story features a costumed vigilante called The Fixer and his semi-love interest Natalie Stack battling Al-Qaeda in their home of Empire City. Miller described it as "a piece of propaganda" and "is bound to offend just about everybody".

Not to be confused with the Batman 1991 Elseworlds one-shot Batman: Holy Terror, nor the 1939 H. G. Wells novel The Holy Terror.