His Story Repeats Itself 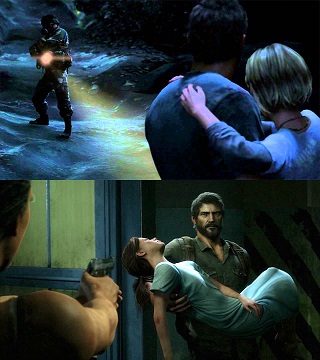 When it comes to a character's Backstory, there is usually one event that stands out among all the rest and made the character what that character is. These characters watched their parents die. They killed someone... or failed to. They let someone down. They ran away from something. This event will surely be the core of these characters’ Dark and Troubled Past, something that they have been spending the rest of their life coping with, living in the shadow of, accepting, or just trying to put out of memory...

Simply put, backstory is a theme. And themes need resolutions. Thanks to the Law of Conservation of Detail , you can probably bet that the resolution to characters’ backstory will involve them facing the exact same or similar event that haunted their past, allowing them to conquer their demons once and for all... or die by them. Such an event is guaranteed to be a climax of some sort and is often highly cathartic.

History tends to repeat itself in the following ways:

Note that a simple Chekhov's Gun cannot qualify. It's also not a realization, symbolic or otherwise, that they've failed or accomplished some life's goal or made some dead person happy. This needs to be a full-blown parallelism between what happened before the story started and what happened during the story.

Compare with Bookends, My Greatest Second Chance and Here We Go Again!.

Has nothing to do with putting your Michael Jackson album on repeat all night. Not to be confused with History Repeats.