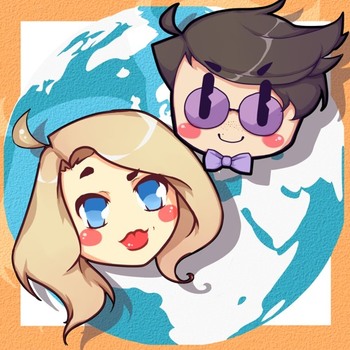 "I do not use crack cocaine, nor am I an addict of crack cocaine."
— Opening Theme (Former Toronto Mayor Rob Ford)
Advertisement:

is an informative comedy podcast that covers "histories and mysteries", including strange disappearances, petty feuds, and lesser known aspects of famous historical figures and eras. The show also has a healthy helping of grade-A Canadian content, thanks to the fact that both hosts (Jessica Pigeau and Janel Comeau) are Canadian graduate students.