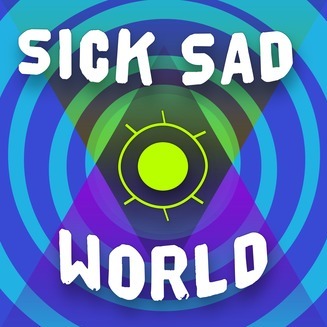 Sick Sad World is a horror and true crime podcast. The hosts are Mari Ramsawakh, a nonbinary model and freelance writer, and Jasmine Patterson, a female digital artist and gamer. There are also guest hosts from time to time.

At the start of the series, they would briefly talk about several different stories. Later, they changed the format so they could talk about two big stories in depth. They make an effort to focus on the victims of crimes, rather than just the killers themselves.

In 2019, it was announced that the show was on hiatus. Mari has since called the podcast defunct

The show is available on Soundcloud

for it is on Mari's blog.

This podcast contains examples of the following: