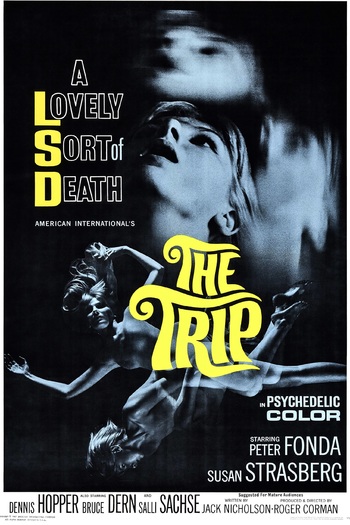 The Trip is a 1967 American psychedelic drama film, produced and directed by Roger Corman and written by Jack Nicholson.

It follows Paul Groves (Peter Fonda), a director of television commercials in the process of divorcing his wife Sally (Susan Strasberg). In the hopes of finding meaning, he takes 250 micrograms of LSD, with the help of dealer Max (Dennis Hopper) and trip sitter John (Bruce Dern).

The Trip contains examples of: