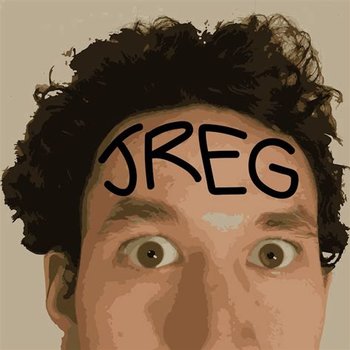 Burn the fence down!

"EVERY EXTREME IS ON THE SAME TEAM"
— From the song of the same name.

YouTube channel is operated by Greg Guevara, who is a satirist, artist, Ottawan mayoral candidate and content creator who makes sketch comedy and music videos. The satire is often political, focusing specifically on extreme and obscure political ideologies.

Jreg blew up upon the release of the "Political Compass Rap"

, which led to the invention of the satirical ideology Anti-Centrism, which advocates for political extremists of all kinds joining forces to kill all centrists and political moderates. This concept has been turned into a full-on webseries called Centricide, in which a Nazi, an authoritarian communist, an anarcho-communist and an anarcho-capitalist are assembled by Jreg to fight a league of centrists and moderates.

Many of jris videos are oversimplified parodies of political science that try and explain various ideologies through visual compasses and memes. Thanks to Poe's Law, some people have mistaken the videos as genuinely advocating for the political ideologies that the videos make fun of.

with a couple of originals, parodies, and web series-specific songs under jris belt. Both jris main web series, Centricide and The Mental Illnesses, feature musical numbers.

In 2021, jre rebranded jremself as JrEgnote Pronounced "Junior Egg", marking the beginning of the second JrEra and the move away from political content. After the conclusion of Centricide, JrEg began a new series about personified mental illnesses appropriately titled The Mental Illnesses. In January 2022, Jreg publicly came out in a video titled “Gender Tier List”. Jre had came out to jris livestream audience a month prior when the Gender Tier List livestream was recorded. Jre uses jre/jrem/jres (also spelt “jris”) neopronouns.

In August 2022, jre renamed the channel again to Gregory "Jreg" Guevara and announced jre's independent mayoral run for Ottawa, promising to build a giant wall around the perimeter of the city and then make it an independent state among numerous other positions that can be seen here

. Jre have denied claims of running a "joke campaign" and has promised to actually intend to implement the policies if jre are elected. Jre are taking donations of up to $1,200 from private individuals living within the city.