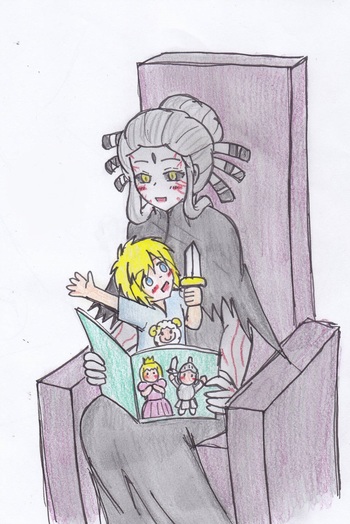 Every family has its odd member, the one that doesn't fit. Jaune was just that, the black sheep. He had always wanted to be the hero, to be a Huntsman. But when your name is Jaune Salem Arc - Prince of the Grimm - and your mother is understandably against the idea, what is a young man to do? Why, run away to attend Beacon in pursuit of a dream, of course. What could go wrong?

White Sheep is a RWBY Alternate Universe story by Coeur Al'Aran. The principal change is that Jaune Arc is actually "Prince" Jaune Salem Arc, the child of the Grimm Queen Salem and of Huntsman Nicholas Arc. Despite being sheltered and his mother wanting him to inherit the family business of plotting to destroy the Kingdoms while ruling the Grimm, Jaune still wishes to become a hero like one of the legendary Huntsmen and Huntresses he read about as a child. This leads him to run away from home to attend Beacon Academy, but when the protagonist is half Grimm, a lot of things are bound to change.

The complete story is available to read starting here

. Cover art can be found here

This Fan Fic provides examples of the following tropes, which may include unmarked spoilers: