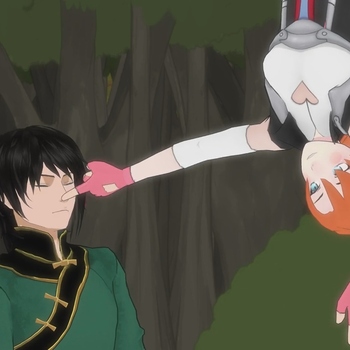 The sheer number of memes generated by the RWBY fandom has become so much that each 3-volume arc now has its own page. In addition, Volumes 3 and 7's folders are split into two because of their sheer size, and Volume 8 has been split into two separate folders due to the two-month hiatus that occurred halfway through the volume.

Memes originating from RWBY Chibi are listed on that show's YMMV page.