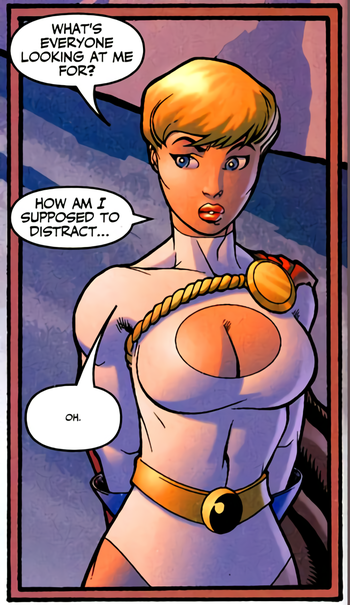 Alice and Bob are planning an Undercover Mission. They need someone who knows about fine art or looks good in a bikini. Or perhaps they need someone to be The Bait. They reach the conclusion, but don't say it out loud, that Cate is the person for this. The audience knows this.

At this point, Cate enters the room. Alice and Bob look at her.

The next phrase out of Cate's lips:

Guess who's up for a Crowning Moment of Awesome?

Sister Trope to Got Volunteered. Often followed by a Gilligan Cut or an Oh, Crap!.

Alternative Title(s): Speak Of The Sucker