Series / Cory in the House 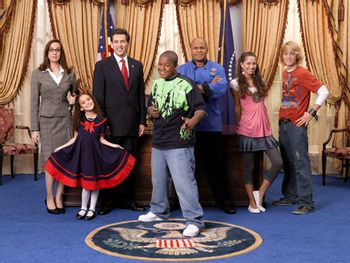 Cory in the House (2007-2008) is a spinoff of That's So Raven, featuring teenager Cory Baxter and his dad living in the White House after his father is hired to work there as a chef. Cory gains two new friends: Meena, the independent-minded daughter of the Ambassador of Bahavia, and Newt, a guitar-playing ditzy guy.