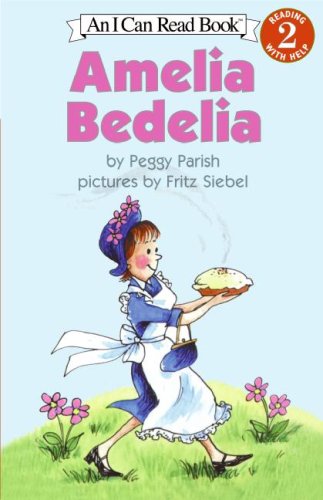 She does exactly what you tell her to do — so be careful what you say.
Advertisement:

Amelia Bedelia is a series of American children's books featuring the title character, an extremely Literal-Minded housekeeper whose failure to understand basic English metaphors leads to much of the comedy of the series. The series was written by Peggy Parish until her death in 1988, and by her nephew Herman Parish beginning in 1995. The books have been illustrated by Wallace Tripp, Fritz Siebel, and Lynn Sweat, the current illustrator.