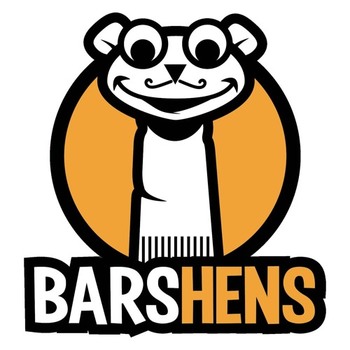 and Stuart Ashen. Version 1.0 of the channel included producer Paul Gannon and Eli Silverman of the CheapShow podcast, Stuart's nephew Ryan (A.K.A. "Cousin Dan"), their omnipresent but usually silent tech crew, and the occasional guest as they engaged in quizzes, competitions, eating unpleasant foods, laughing at strange news articles, and finding any excuse to say and write "shart".

In January 2019, the show was retooled as an interview-centred video podcast ("Barshens 2.0"), with guests including fellow English Youtubers, previous cast and crew members, and various computer-tech personalities. Only a few months later, in September 2019, the Barshens Twitter account announced the channel would be ending, due to the difficulty in getting the cast to London (as well as difficulty in getting access to the London YouTube recording space).

The podcast form is available on iTunes

Well, that was fun.