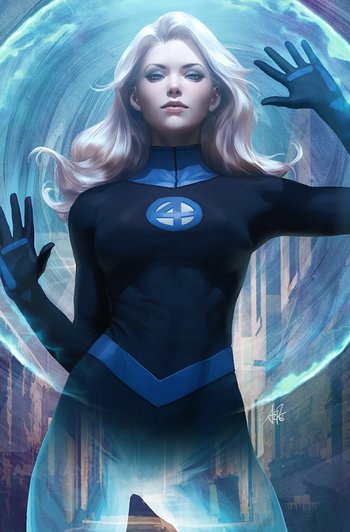 In the following decades since her superhero genesis, Sue goes through lots of character development, including (but not limited to) marrying Reed, becoming a mother, and being tasked with the reconstruction of the multiverse. Oh, and a secret agent. She also notably transitions from being the Invisible Girl to the Invisible Woman, which is reflected by a mixture of her increase in confidence and self-esteem and, after being possessed by Malice, a feeling that she's lost her innocence.