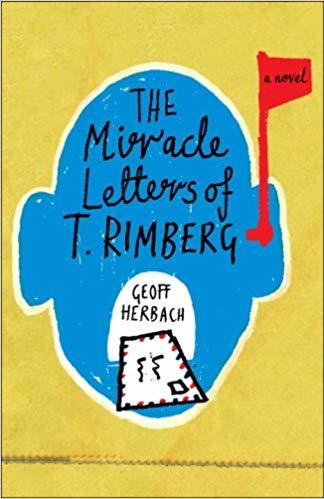 “Believe the hype. I killed myself.”

To quote the Amazon blurb.:"Having destroyed his life, the suicidal T. Rimberg strikes out on a journey through history and geography. From Minneapolis to Europe to a fiery accident near Green Bay, he searches for a father who is likely dead, digs for meaning where he’s sure there is none, fires off suicide letters to family, celebrities, presidents, and football stars, and lands in a hospital bed across from a priest who believes that Rimberg has caused a miracle. This funny, moving novel asks us to consider the nature of second chances and the unexpected form that grace sometimes takes."

The inspiration for this novel came when the author had his sister-law and his two nephews stay over at his house one day. In the middle of the night one of them had a nightmare and woke up the entire house. In his half-awake state the author thought to himself "I'm going to write a suicide note" despite not being suicidal himself. In the morning he thought about the idea, and laughed it off. However he then started to think and realized that no one had written a story told through a man's suicides notes. And then set down and wrote this book.

What also makes this novel unique other then the style is that unlike most other examples here is that the Author, Geoff Herbach, actually was a professor of English to at least one troper. Due to this the novel is full of tropes even though he is not a troper.

The novel shows the following tropes