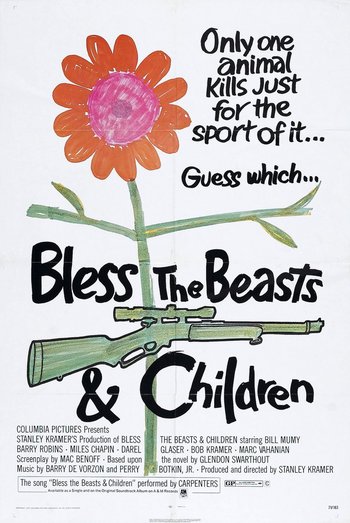 Bless the Beasts & Children is a novel written by Glendon Swarthout in 1970, adaptated the following year into a film directed by Stanley Kramer.

It tells the story of several emotionally disturbed misfits away at an oppressive summer camp in Arizona, who unite to stop a three-day buffalo hunt after witnessing the first day (the buffalo are penned so they cannot escape.) Calling themselves The Bedwetters, they sneak out of camp, and attempt to free the buffalo. John Cotton, who does not know how to drive, takes a truck and uses it to scare the buffalo into fleeing away from the killing zone. In the process, Cotton is killed, but the boys find pride in their accomplishment.

The film and novel contain examples of: