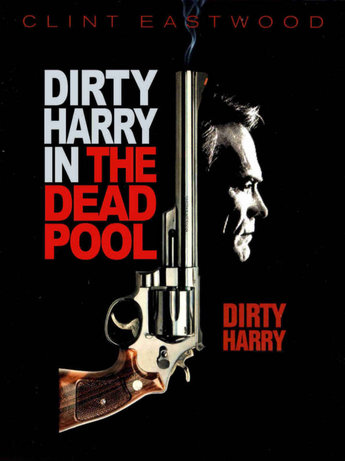 Directed by Buddy Van Horn and released in 1988, The Dead Pool is the last film (preceded by Sudden Impact) in the Dirty Harry pentalogy, starring Clint Eastwood as Harry Callahan for the last time.

Det. Harry Callahan is tasked to solve a string murders related to a game based on a list of celebrities that are predicted to die next: The Dead Pool. The case makes him a small celebrity too, and he becomes a target as well. To make matters worse, Harry is also hounded by the mob.

Liam Neeson and Jim Carrey, both on the cusp of becoming big stars, each appear in supporting roles.

Has no relation whatsoever to Deadpool.