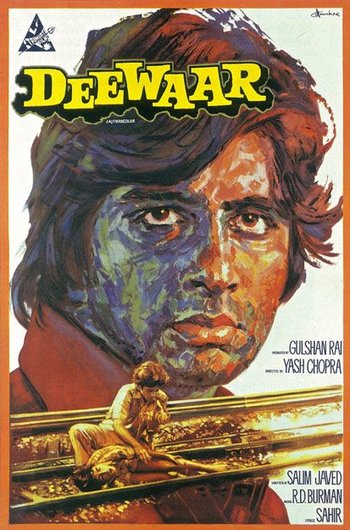 Brothers Vijay (Bachchan) and Ravi (Kapoor) grow up in poverty with their mother Sumitra (Roy) and father Anand. When their union leader father is blackmailed by a corrupt businessman into betraying the workers' demands, he flees town in disgrace leaving his wife and children behind to be tormented by the angry workers before they too flee town. Vijay takes a job as a shoe shiner to help Sumitra pay for Ravi's education. As adults, Ravi tries to find jobs and Vijay works at the dock. Vijay eventually gets his break after fighting back against some racketeers extorting the dock workers; it turns out the racketeers were working for the crime boss Samant, so rival crime boss Daavar offers Vijay a position in his organization. Ravi, meanwhile, gets a job as a police officer.