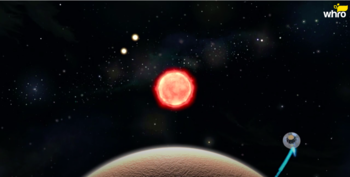 The kids can't play shadow tag because the Sun keeps going behind clouds. Mindy wants the sun to be out all the time! Face 9000 tells them about a system with not one, but three suns! That sounds like a place where there would be shadows all the time. Celery takes them to visit in the family saucer. 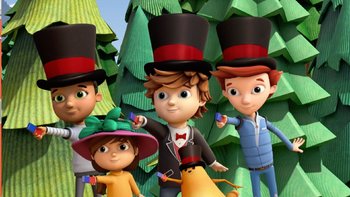 Sean becomes an amateur magician called the Great Seanzo, dazzling the other kids with magnet tricks. Jet becomes fascinated by magnets, and they all explore the various things magnets can do, culminating in a magic magnet show for Carrot.