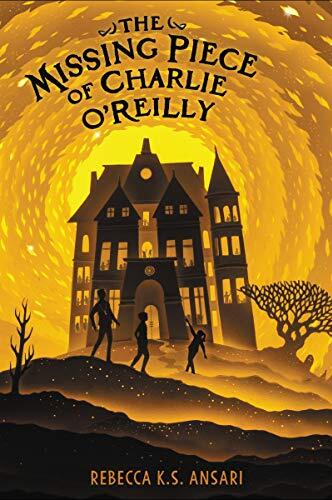 The Missing Piece of Charlie O'Reilly is a 2019 middle grade novel by Rebecca K.S. Ansari.
Advertisement:

Twelve-year-old Charlie O'Reilly is the only person who remembers Liam, his nine-year-old brother, who suddenly vanished a year ago on Charlie's eleventh birthday. His parents and classmates think he's mentally ill, and the only person who believes him is his best friend Ana Finch, even though she doesn't remember Liam either. Charlie despairs of ever seeing Liam again, until he discovers that Jonathon, the assistant baseball coach, has knowledge that could help him. In the meantime, he starts to experience vivid dreams in which he is Kieran, a boy traveling from Ireland to America in the 1840s.

The Missing Piece of Charlie O'Reilly contains examples of: