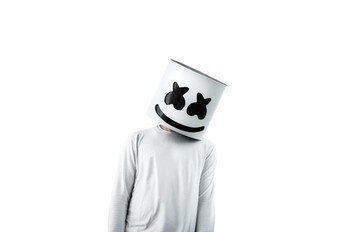 Marshmello is the stage name of Christopher Comstock (born May 19, 1992), an EDM music DJ best known for his song "Alone". He works with Skrillex and is rumored to be another identity of Christian Comstock, the DJ also known as dotcom. He performed at Coachella 2017, which boosted him onto the Forbes highest paid list. He has also collaborated with Noah Cyrus, Demi Lovato, Khalid, and Bastille.