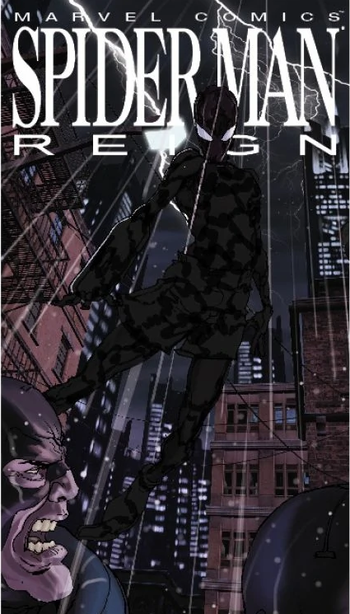 Is he strong? Listen, chum! He's got radioactive c—
Advertisement:

Taking place 30 years in the future, Reign finds New York turned into a fascist state closed off from the rest of the world. Run by Mayor Waters and his merciless police force, "The Reign", the city is free from all matters of super-beings. Peter Parker is a now a washed-up old man mourning the loss of his wife, and most of his allies and rogues are either dead or gone.

And then, one day, an old "friend" appears at his door with a familiar package...