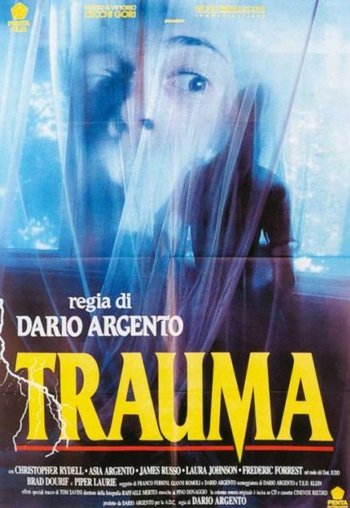 Trauma is a Giallo film released in 1993, directed by the master Dario Argento. It stars his daughter Asia Argento, Piper Laurie, and Brad Dourif. Aura Petrescu (Argento), an anorexic girl, who escapes from a mental asylum to find the killers of her parents. She is aided in this quest by David ( Christopher Rydell) who works an artist for a news channel.

Wasn't regarded too well by audiences upon release primarily because Argento toned down (but didn't eliminate) his stylistic flourishes. But it's reputation has improved due to a well-maintained mystery, suspense and the usual flair exhibited by Argento.

No relation to the 2011 game, or to the NBC medical drama.