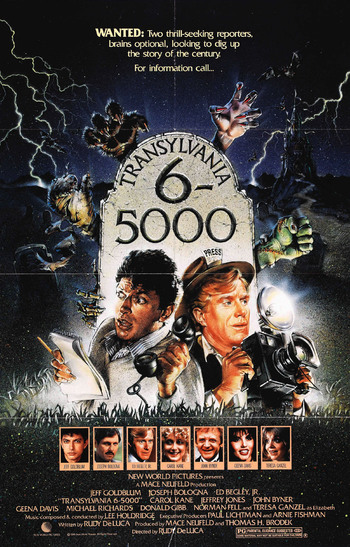 Tabloid reporters Jack Harrison and Gil Turner are sent to Transylvania with two choices: find the Frankenstein monster or find new jobs. But before the jumpy journalists can dig up their big story, they must first face the horrors of an extremely clumsy butler, a nymphomaniac vampiress and a semi-mad doctor, as well as assorted mummies, werewolves and more Transylvanian oddballs. Can these two bumbling heroes unravel this monstrous mystery or are they in for some very scary surprises?