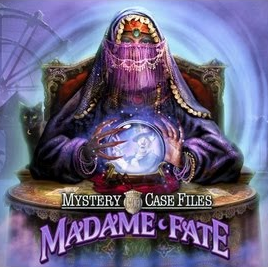 One of the most direct names a Fortune Teller can possibly come up with.
You shall know me as Madame Fate. I have foreseen your arrival within the all-seeing ball...
— Madame Fate, Mystery Case Files
Advertisement:

For some obscure reasons, many Fortune Tellers and assorted psychics are referred as "Madame [surname]" (sometimes without the "e"). The surname can be anything from the clairvoyant's first name, last name, or basically everything else. It seems to quite effectively add a mystique and foreign flair to any kind of name.

These are not to be confused with other madams, as the latters are women who run much... bawdier places. "Madame" is also a French honorary term to refer to women, similarly to the English "Mrs.". It might be encountered in English used this way, but it is not that common.