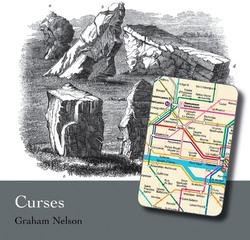 Curses is a 1993 Interactive Fiction game by Graham Nelson.
Advertisement:

You play as a member of an old aristocratic family, the Meldrews, who are currently packing for a trip to Paris. You start off in the attic of your family's mansion. Your task is to find that old tourist map that should be somewhere around here... except that you keep stumbling into weird supernatural stuff and getting involved in centuries-old family business.

It is freeware, and can be downloaded here