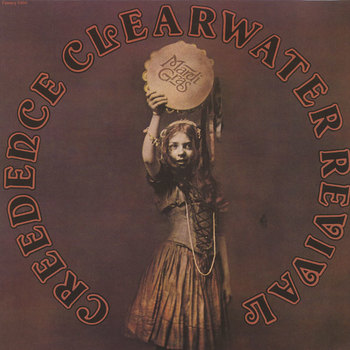 Mardi Gras is the seventh and final album by Creedence Clearwater Revival, released on April 11, 1972. Behind the scenes, there was friction between John Fogerty and his bandmates that started to rear its ugly head after the release of their prior album Pendulum. With John assuming a bulk of the band's songwriting and production duties leading up to this, his brother Tom quit the band after a dispute to assume greater creative input, and afterwards John agreed to split his duties roughly evenly between the remaining members. By the Summer of 1971 they released the single "Sweet Hitch-Hiker" with Stu Cook's "Door to Door" as the B-side. After another recording session the following January, the album finally saw release, selling well enough to be certified Gold but not stopping the band drama. The following October, Creedence Clearwater Revival dissolved for good, with Fogerty not in talking terms with the surviving members of the band to this day

"Someday Never Comes" was also released as a single around the same time of the album, peaking at #25 in the Hot 100.

Tropin' up the country with a song: