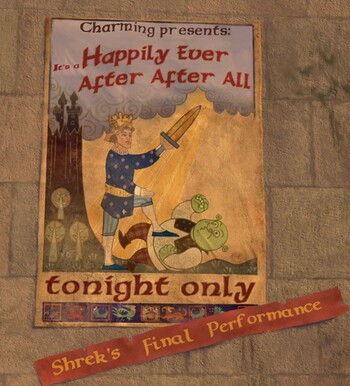 The heroes have been captured and are at the mercy of the villain. Rather than simply killing them, the villain wishes to draw out their torment and humiliate them. So the heroes are forced to perform in a play, often written by the villain themself. This usually takes place in front of a Captive Audience, and the heroes won't survive til the curtain call. Expect Bad "Bad Acting", either from the reluctant performers, the villain's lousy script, or a combination of the two.

Compare to Scheherezade Gambit, in which the heroes initiate the performance in order to buy time.