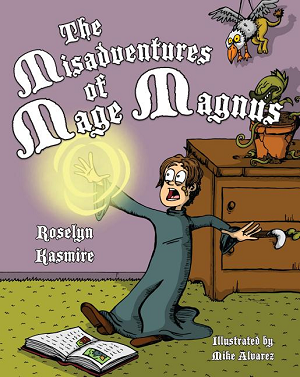 The word magnus means "great" in Latin, being where we get the terms "magnification", "magnitude", and similar words relating to large size or figurative greatness. For example, Pompey the Great was called Gnaeus Pompeius Magnus. However, in fantasyland, it seems to mean "great mage". Most of the times you see a character named Magnus in a fantasy work, he is a mage, wizard or something like that. It probably doesn't help that magus, the actual Latin word for "mage", is just one Rouge Angles of Satin away.
Advertisement:

Magnus can also be an Awesome McCoolname, further justifying at least some of its uses. In Scandinavia, it's actually a fairly normal name.