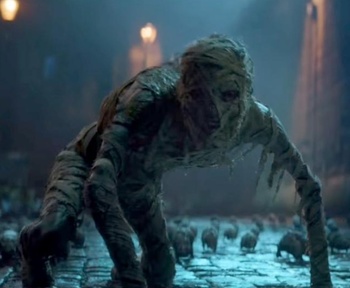 This index is for works that focus on mummies. Just having a mummy does not qualify. Instead, the mummy should be one of the main characters, the main threat, or otherwise be central to the plot. Such works will invariably include one or more Mummy Tropes.