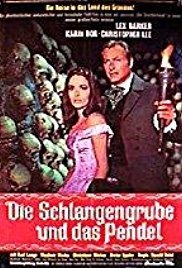 Count Regula is a noble with an unusual proclivity. You see, he loves torturing young virgins to death. He gets twelve before his peasantry get tired of this and draw and quarter him. Now, 35 years later, his spirit has awakened with a plan for eternal life. Using his servant to act out his commands from beyond the grave, Regula goes about hunting down the daughter of his final intended victim and the son of his prosecutor.