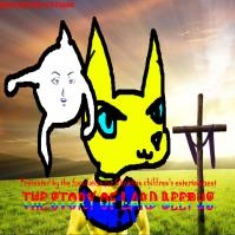 "I AM LARD BEEPUS. THIS IS MY TRUSTY ASSISTANT, WHISPER. I LIKE TO /SCREAM/"
— Lard Beepus introducing himself to a group of baffled onlookers.

the story of lard beepus is a bizarre Dragon Ball Z Fan Fic starring the titular Lard Beepus and his Yokai butler WHISper. After accidentally blasting off to New Namek and being saved from New Frieza's army by a time-travelling warrior, they travel to a dismal future and meet several new friends. Together, they have to find out how to defeat the Shadow of Time, a mysterious villain causing devastation across countless timelines.

It's one of those stories. Can be found here.