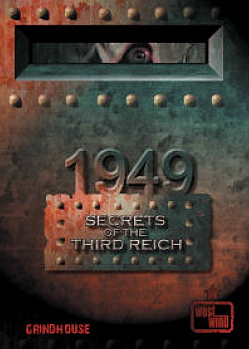 Secrets of the Third Reich (2008) is a miniature wargame created by Grindhouse and Westwind Productions. The setting is an alternate timeline WW2, where the war didn't end in 1945 but instead continued on until 1949, with tons of historical events changed along the way. The game is primarily a platoon sized skirmish game, but scales well to larger battles. Miniatures are in 28mm scale and standard 6 sided die are used. The available armies are The United States, Germany, Soviet Union and Great Britain.

Incursion is set in the same universe with the allied forces making their way through Nazi Labs beneath the Rock of Gibraltar to stop a Doomsday Device.