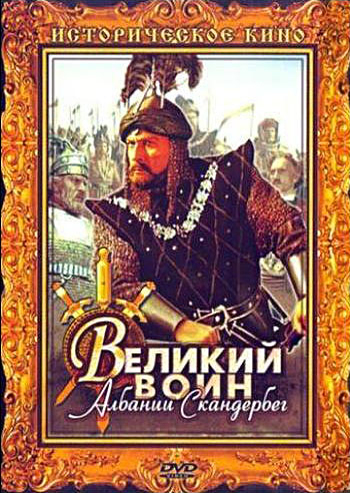 An Russo-Albanian 1953 epic movie by Sergei Yutkevich, the Great Warrior Skanderbeg (in Albanian Luftëtari i math i Shqipërisë Skënderbeu and Russian Великий воин Албании Скандербег - Velikiy voin Albanii Skanderbeg) tells the story of Albanian national hero George Kastrioti Skanderbeg, an Albanian prince taken hostage and raised as an warrior for the Ottoman Empire, only to later rebel against his masters to defend his homeland for more than two decades. Notable for winning the International Prize in the 1954 Cannes Film Festival. The movie was remastered in 2012 in celebration for 100th anniversary of Albania's independence with new voices, high definition and sound effects.

This movie contains examples of the following tropes