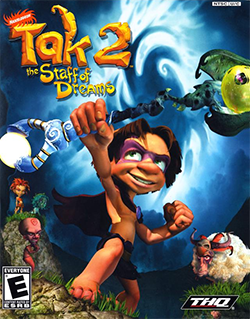 Tak 2: The Staff of Dreams is a 2004 video game sequel to Tak and the Power of Juju. It was released on the PlayStation 2, Xbox, GameCube, and Game Boy Advance. It shows that Tak must find the Staff of Dreams to save the world. It has a more linear approach than in the first game and includes the ability to shapeshift. It is the first game to have multiplayer.

Example of:
Tomboy and Girly Girl