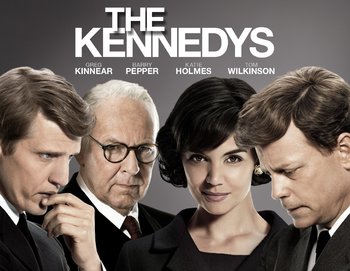 The Kennedys is a historical drama miniseries showing the lives of members of the Kennedy family, with historical events and personal tragedies the family goes through.

It aired in April 2011 on Reelz Channel and History Television.

A sequel miniseries, The Kennedys After Camelot, was released in 2017.

Tropes for the miniseries include: