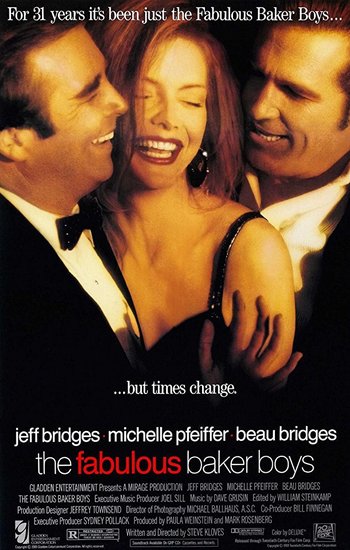 The Fabulous Baker Boys is a 1989 American romantic comedy-drama musical film written and directed by Steve Kloves, and starring real-life brothers Jeff and Beau Bridges, along with Michelle Pfeiffer.

Two brothers, Jack (Jeff) and Frank (Beau), struggling to make a living as lounge jazz pianists in Seattle, hold auditions for a female singer to join the outfit, ending up with the beautiful but eccentric Susie Diamond (Pfeiffer), a former escort with unusual charisma and a sultry singing voice, who revitalizes their careers, causing the brothers to re-examine their relationship with each other and with their music.