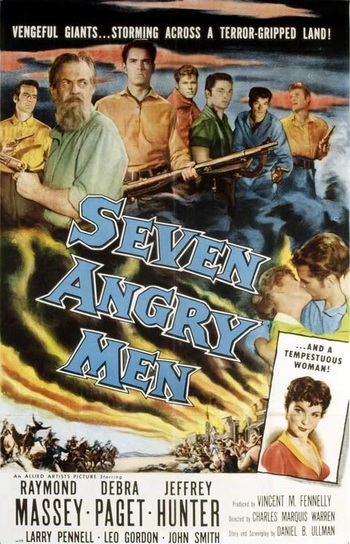 It is about the abolitionist John Brown (Massey), particularly his involvement in Bleeding Kansas and his eventual capture following the raid on Harpers Ferry. The title refers to Brown and his six sons.