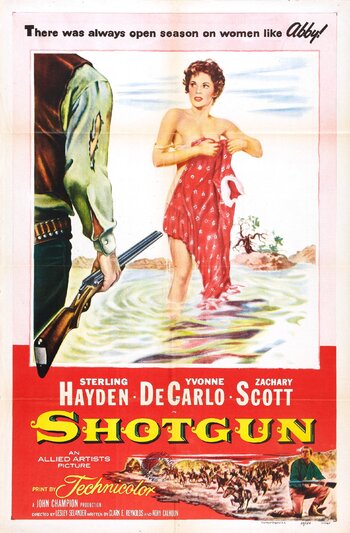 Ben Thompson, a vengeful outlaw just released from prison, ambushes and kills U.S. Marshal Mark Fletcher—one of the two men who arrested him—with a shotgun. However, he fails to kill Fletcher's partner, Deputy Marshal Clay Hardin. Hardin, who had been about to turn in his badge and accept the position Indian Commissioner for the territory, turns his back on his cushy new white collar job and his fiancee, and rides out in pursuit of Thompson and his gang. Along the way, he acquires a couple of companions in the form of ruthless Bounty Hunter Reb Carleton, and a beautiful half-breed woman named Abbey. Tracking Thompson into Apache territory, Hardin and his companions discover that Thompson is planning to sell repeating rifles to a band of Apache renegades.

Not to be confused with the 1989 action film of the same name.