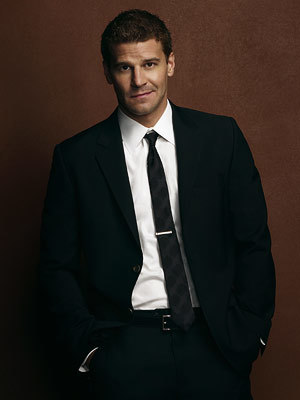 "I'm glad that I'm able to entertain and be a part of people watching shows and enjoying the work."
Advertisement:

David Boreanaz (born May 16, 1969 in Buffalo, New York) is an American actor, television producer, and director, known for his role as the vampire Angel on the supernatural drama series Buffy the Vampire Slayer and Angel, and as FBI Special Agent Seeley Booth on the television crime drama Bones. His father is Dave Roberts

, a famous weathercaster in Philadelphia; Thomas was his father’s middle name, but he changed his name when he worked in Buffalo.

He has appeared in