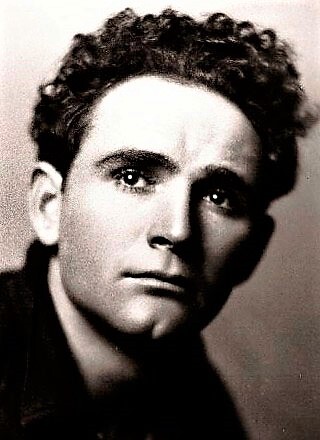 Frank Borzage (April 23, 1894 – June 19, 1962) was an American film director, best remembered for his classic films made during The Silent Age of Hollywood and The Pre-Code Era. Recognized as a master of mise-en-scene, he developed a highly expressive visual style, utilizing everything the contemporary technology had to offer – lighting, montage, composition – to make every frame rise an emotion in the audience.

Borzage's genre of choice was Melodrama. His typical movie features a pair of lovers kept apart by various obstacles, including poverty, disability, war and trouble with law. After lots of hardship, they ultimately reunite, their love redeeming them from whatever mistakes they made, and almost turning them into saints. Some of his most successful films feature the star duo of Janet Gaynor and Charles Farrell, a perfect example of Huge Guy, Tiny Girl.

He won the Best Director, Dramatic Picture award at the very first Academy Awards ceremony for the film 7th Heaven, which also brought Janet Gaynor the Best Actress in a Leading Role award, and Benjamin Glazer the Best Writing, Adapted Story award. In the 1960 his star was put on the Hollywood Walk of Fame.

Appears briefly as a Historical Domain Character in Horace McCoy's 1935 novel They Shoot Horses, Don't They?