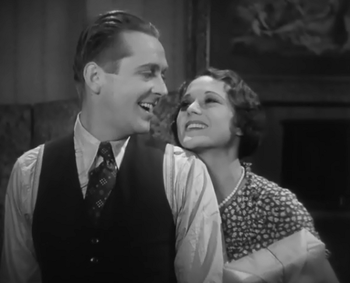 Bad Girl is a 1931 film directed by Frank Borzage.

It is a study of the humble working class in New York. Dorothy (Sally Eilers) is a floor model at a department store. One day she meets Eddie on the ferry back from Coney Island, and after some introductory sniping they hit it off. Eddie's an ambitious young radio salesman who has ambitions of opening his own radio shop. Soon they are married, and Dorothy is pregnant. However, the stress of making ends meet during The Great Depression puts strain on their relationship.